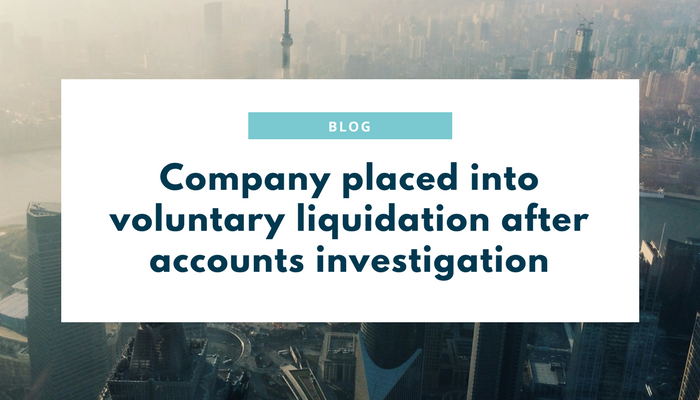 A company has been put into voluntary liquidation after failing to keep maintained and preserved adequate accounting records.

The director was also disqualified for six years and six months.

The Insolvency Service said the company, Ice Cream Co, which traded from various fast food outlets, went into voluntary liquidation on 15 September 2014 with an estimated deficiency of £373,838.

The investigation found that six months prior to liquidation, ownership of a shop was transferred to a third party, and without adequate accounting records it was not possible to verify the terms of sale or the extent to which the business may have been an asset in liquidation.

It was possible a number of creditors were denied money owed to them as a result, it said.

Commenting on the disqualification, Robert Clarke, Group Leader of Insolvent Investigations at The Insolvency Service, said: “In this particular case, the director transferred a valuable company asset, without ensuring the company operated in a transparent way by providing sufficient records to explain the transfer. As a result, innocent creditors may have lost out.

“This disqualification should serve as a reminder to other company directors tempted to operate in a similar way, that the Insolvency Service will rigorously pursue enforcement action and seek to remove them from the market place.”

Voluntary liquidation – what is it?

Also known as winding up, a company put into liquidation voluntarily can no longer trade or employ people. If it owes money, the liquidator will use the company’s assets to pay debtors in order of priority.

Directors normally place their company into voluntary liquidation because it can’t pay its debts and / or they want to close it.

If your business debts are mounting up and spiralling out of control, it can be difficult to know how to cope or where to turn to get good company debt advice. Gibson Hewitt has been providing professional expert business insolvency advice to businesses which are facing financial difficulties for over 25 years. Based in West Byfleet, near Woking in Surrey we offer a one hour FREE consultation meeting, with no obligation. Contact us today.