The Carillion Collapse – don’t forget about the subcontractors! 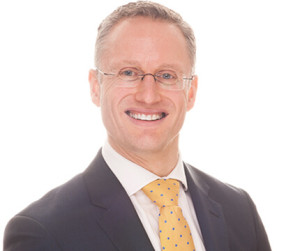 It was announced that Carillion would be placed into Compulsory Liquidation also known as a Compulsory Winding Up (CWU).  Normally the insolvency of a giant corporation such as this is via an administration so what is different here?

When compared to the high profile failures of retailers such as BHS or football clubs the unusual factor here is the Government is the ultimate client for the majority of Carillion’s projects. This is going to cause upheaval, uncertainty and embarrassment for a lot of civil servants and politicians.

Administrations and most other insolvency processes are run by an Insolvency Practitioner, (IP), who is a private sector accountant. A CWU is the only corporate insolvency process where a civil servant, called the Official Receiver (OR), is in charge of the process.  In this instance, the OR will be assisted by private sector accountants from PWC but ultimate control over decisions relating to Carillion will remain with the OR.

Whitehall will want to minimise the repercussions on key public sector contracts. Questions have already been raised whether it was prudent to give Carillion so many massive contracts essentially putting all its eggs in one (rather unsafe) basket. With this in mind, it might also be in the Government’s interest to conduct the statutory investigation into Carillion’s failure inhouse and thereby limit any public criticism aimed at the Government.

Who is going to be most affected?

Setting aside the future delivery of high profile projects such as HS2, the media has focussed on Carillion’s 20,000 or more employees and its pension fund deficit. Whilst this may seem like a large number of staff, this is only the tip of the iceberg for those who will be affected.

Carillion’s business model involved winning and managing contracts under the Carillion “brand”. The delivery of projects was, however, undertaken by a vast army of independent subcontractors.

What does the liquidation mean for the subcontractors?

The subcontractors are private sector companies which have been working on behalf of Carillion. These subcontractors have been undertaking property maintenance projects ranging from prisons to Ministry of Defence homes and projects as diverse as providing school meals to redeveloping Battersea Power Station.

These private companies will now be asking themselves the following questions:

The answers will vary from project to project.

Uninterrupted continuity of service will be more vital on contracts such as prison maintenance than those in construction.  The OR’s priority will now be to engage with the subcontractors and inform them whether the OR has elected to honour the subcontractors’ contracts.  Potentially they might also seek to renegotiate terms at the same time.

What should subcontractors do now?

This exercise will highlight any over-dependence on Carillion contracts. If the business is forecast to trade at a loss in either scenario, the subcontractor should seek early advice from an independent IP such as Gibson Hewitt.

Are you a subcontractor of Carillion or do you know anyone who is likely to be affected?  Anyone in need of advice should phone Gibson Hewitt on 01932 336149 and ask for Lynn Gibson.  The first meeting is FREE.