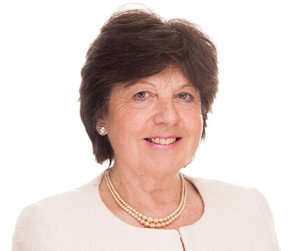 Insolvencies in the legal sector are set to double this year if trends seen in the first quarter of 2018 continue, according to business recovery and insolvency experts, Gibson Hewitt.

The firm’s review of the latest data from the Insolvency Service shows that there were 20 firms offering legal services declared insolvent in the first quarter of 2018, which was twice as many as the nine in the same quarter in 2017.

Delving further into the figures reveals that in the whole of 2015 only 44 firms offering legal activities became insolvent, while in the last two years the number of failed practices has totalled 46 each year, indicating that in 2018 the sector may experience a drastic increase in practice insolvencies compared to previous years.

The number of insolvencies in the sector has also been increasing quarter on quarter, with the final two quarters of 2017 recording 13 and 15 insolvencies respectively, according to Gibson Hewitt.

Commenting on the figures, Lynn Gibson, Director at Gibson Hewitt, said: “The three months from January through to March 2018 saw the highest number of insolvencies in the legal sector for some time, with more than 20 firms exiting the market due to business failure.

“When comparing this figure to previous years and quarters it quickly becomes clear how significant this recent downturn in the sector is.”

“The breakdown in types of insolvency is very telling, with a large number of the options recorded leading to the firms ceasing to exist anymore,” added Lynn.

“The fact that only 10 per cent opted for the flexibility and control of a Company Voluntary Arrangement is surprising, considering their current popularity in other sectors. It may suggest that some firms are waiting too long to act before seeking help.”

Lynn says that those operating in the legal services sector should keep a close eye on their practice and the insolvency figures in future in case this trend persists, as she believes it may indicate a general downturn in the fortunes of law firms in the UK.