Taking dividends as salary for a director 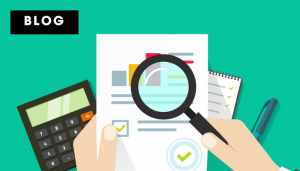 Company directors have for many years been advised by their accountant on the most tax efficient mechanism of paying themselves. Tax legislation varies from year to year altering the precise advice given but in broad terms the advice is normally as follows:

Theoretically, a dividend can be declared by a company at any time so long as there are sufficient retained profits, however, most companies only formally declare dividends following their year-end.

A remuneration policy might be a £1,000pm PAYE salary with a £2,000 per month “dividend”. Since the dividend is not usually declared monthly, their accountant will apply these payments of £2,000 to a Director’s Loan Account, (“DLA”). The DLA balance will grow through the year before the formal declaration of a dividend at the year-end effects the repayment.

This works when the company is profitable enabling the required year-end dividend to be declared and offset against the DLA, but what happens if trading has not gone as well as hoped?

If the company suffers a downturn in trading causing a loss for the year, the director will have a £24,000 DLA balance at the year-end which he must repay to the company. This is referred to as an overdrawn director’s loan.

If he is unable to repay this overdrawn DLA within 9 months of the year-end this will attract S.455 Corporation Tax at 32.5%. A further burden on what appears to be a struggling business!

This would mean the director might have to repay to the liquidator both the £24,000 DLA and any prior dividends which might have now been declared illegal!

Gibson Hewitt is a firm of licenced insolvency practitioners. All too often we encounter directors with an overdrawn DLA for no reason aside from the fact they followed their accountant’s advice.

We would not encourage directors to disregard their accountant’s advice. We would, however, urge caution on a policy of taking too much remuneration as regular “dividends”.

If you cannot repay your DLA, please contact Lynn Gibson at Gibson Hewitt for a free initial meeting on 01932 336149. We will discuss the options both for you and the company.