“Washer” is a UK manufacturer of automatic train-washing-machines and world-wide exporter with a heritage dating to the Victorian era.

In common with many old companies, Washer’s financial viability had been hampered by a large final salary pension scheme deficit.  Funding this deficit had devoured Washer’s working capital resulting in an overwhelming purchase ledger.

This had distracted the directors from running the business efficiently leading to their agreement of some lossmaking long term contracts.

Before visiting Lynn, the directors had visited two other IPs who had both suggested an administration, potentially with a pre-pack sale to a director. Lynn saw the potential to save the company via a CVA which incorporated the following features:

The CVA was approved with fantastic results:

When we came into the company the first thing we did was begin Company Voluntary Administration (CVA). This gave us some breathing space in which the business would be safe from legal action from creditors and would prevent the business from being forced to ‘wind up’.

We brought in a new CEO turnaround chief and began a process of redundancy, handled through the Redundancy Payments Office (RPO), which sought to move some of the long-term employees on to make way for newer dynamic employees.

The next step was to formulate a robust debt collection plan and new procedures for quoting. We then fully reviewed their terms of trade to make sure they fitted with the business’s own goals and customers’ expectations. Finally we called in a guarantee, which paid off £1 million bank loan.

Since our intervention the company has gone from strength-to-strength and is experiencing improved profitability.

They have also reported that the new terms of trade we created are more suited to customers and as a result the company is more productive and cost-efficient. 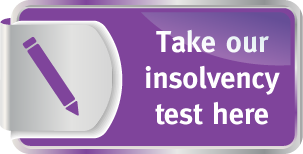